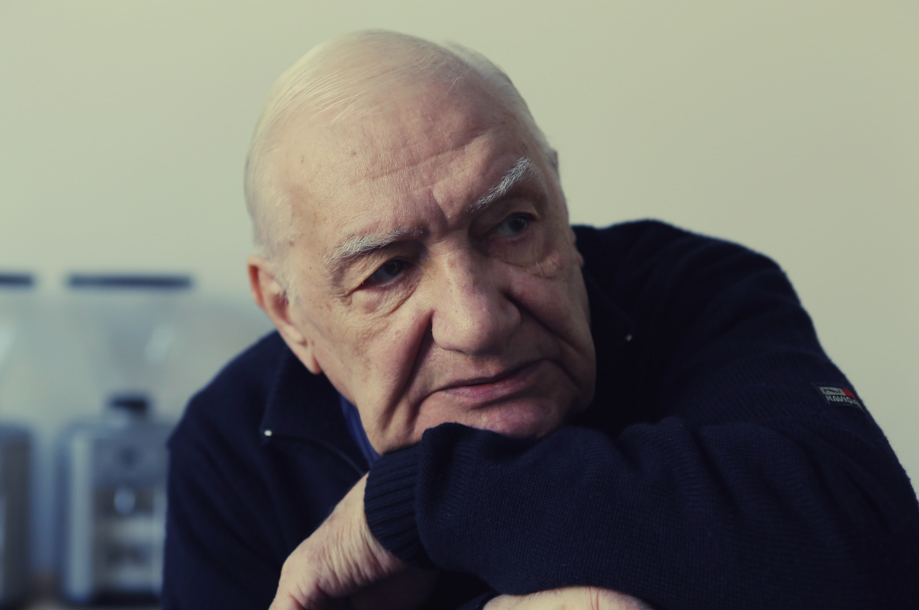 We will always keep you in our hearts

“My work has always been my passion – a love that started very early, when I began to work as a trainee, and has been going on ever since. My enthusiasm is still strong” – this is how Bruno Dalla Corte introduced himself in the biography that was dedicated to his family and to the new generations, and that provided a quick and effective picture of his life, marked by a great passion: coffee.

He was born in Novara in 1929. At the end of World War II, he had to find a job and was ready to accept any job to be able to help his family overcome sacrifice and financial difficulties. Serious, curious and eager to learn, he committed to any task he had to carry out with great rigour – which he had inherited by his severe, military father – ever since he started assembling and fixing radios and, later, as technician at Cimbali. And a radio – a rare, precious object in those times – made him meet Pinuccia, the love of his life.

Bruno Dalla Corte was very proud of his work in those days. At night, the big cafés in the heart of Milan – which served a black and bitter coffee produced with the first steam machines – closed and needed to have their machines’ boilers cleaned. His colleague and he arrived by bicycle and had to disassemble the machines to remove lime scale from the boiler, under the watchful eye of a guardian. It was a hard job: they had to open the boiler, clean it, close it again, wrap it in an asbestos insulating layer and then cover everything with another fabric case.

Self-sacrifice, few sleeping hours and intense work – he never stopped – made him soon gain great experience. That is how he got to Faema: the market of coffee machines was dramatically expanding and experienced technicians were rather difficult to find.

This new job was followed by his marriage, the birth of his first son, Paolo – “a beautiful baby who made us so happy” – and a lot of work (according to his payslips, he worked an average of 300 hours per month). Due to his reliability, he won the trust of Faema’s owner, Carlo Ernesto Valente. At Faema, Bruno was in charge of reorganizing the workshop in Milan, opening various branches all over Italy and starting the company’s customer care / technical service. In 1961 he witnessed the creation of the E61 – the machine that would revolutionize the espresso market – and, two years later, the production of the first vending machine – which was first “opposed by the owners of mayor companies because, in their opinion, it distracted employees from their work”. In that same period, espresso machine manufacturing companies started to compete in creating models based on increasingly advanced technologies. These improvements spurred Bruno to experiment something new on his own.

He resigned from Faema and just a few days later, his second child Elsa was born. That is when he started to sell espresso machines and provide his customers with technical service – he was finally self-employed. Besides this main activity, he soon started to dedicate to the design of espresso machines. In 1966 he started a study to create an innovative machine. The first production consisted in 50 pieces, manufactured in co-operation with the Milanese Company Cosmo. In 1969, in co-operation with other partners, he founded a new company, ABA, in Bologna. That same year, the whole world’s attention was caught by the first human landing on the Moon – that is why the machine was eventually named la Spaziale (Spatial). The new device was equipped with an innovative heating system, capable of keeping the boiler clean by means of a heat exchanger with steam circulation. Meanwhile, Paolo started to work and follow his father’s steps. La Spaziale was a hit, but father and son were already focused on their future and came up with the idea of a further evolved machine, which could become a new benchmark for technology in the espresso machine sector. For this reason, they left their partners after 31 years of collaboration and faced a new challenge.

Paolo convinced Bruno and Elsa to join him in this new venture. Evolution, the new machine, carried Bruno’s name and logo and boasted an innovative technology – an independent boiler espresso machine was entering the market for the first time. It was an actual revolution for the espresso machine industry. Their dream was starting to come true – the opening of a new plant in 2001 and the creation of the new machine in 2002 “made me feel younger”, Bruno commented.

Paolo dealt with machine design and became the company’s manager, but his father Bruno was always present – they debated, discussed and defined every detail in a constant search of perfection. Bruno oversaw everything and each single detail of Dalla Corte’s machines was extremely clear in his mind.

The joy brought by his grandchildren – Valentina, Pietro, Kenyi and Freddy – was followed by his wife’s death and by the aches and pains of aging. His presence at the company became rarer. He preferred to spend his time cooking – one of his greatest passions – and to keep his daily habit of going to the café, where he would taste a coffee – the passion of his life. Although his visits to the plant became increasingly infrequent, he would not miss special occasions. He was present at every single dc campus and at Host 2013, where many affectionate baristas ‘invaded’ Dalla Corte’s booth and surrounded him to reward and thank him for all he had done. On 13 December, at the age of 85 he passed away, after a long struggle with disease.

Thank you, Bruno, for all you did – for your proud, yet discreet presence and for your precious contribution to the espresso machine industry and to all of us. Your echo is resounding all over the world and your signature will keep spreading through our espresso machines.

We will always keep you in our hearts,